I flew from the idyllic Andaman Islands up to Calcutta, having spent a glorious week enjoying some of the world’s best beaches, dive sites and sunshine. It had been a welcome respite from the chaos, dirt, noise, pollution, crowds and madness of the mainland. I felt totally refreshed and ready to face the unique mayhem that India offers, and was confident that I exuded this state of well being.

Waiting at the baggage carousel in Calcutta, Duncan, a British guy sidled up to me.

He seemed friendly enough and we exchanged travelling pleasantries.

‘I noticed you on the plane and thought to myself, ‘she knows what she’s doing’.

Ah, I thought, proof indeed that my positive frame of my mind must be shining through.

‘I thought you look like someone who’s been on the road for some time. If I had to guess, I’d say maybe … two years?’

Jesus, did I look that rough? I’d only been away a month. God knows what I must have looked like before arriving in the Andamans. First black marked notched up against this Johnny Come Lately.

I was distracted by a group of the tallest Indians I had ever seen who were also waiting for bags. Loads of them. A whole team in fact, of the nation’s ‘most famous’ basketball players. Excitement totally surrounded them and it was hard not to get caught up in the vibe.

Against what would have been my better judgement (had I been exercising it and not staring at the giant Indians), before I knew it I’d agreed to share a cab with Duncan into the city centre. Not that he was in any way offensive, I was just trying to cling on to my personal space for long as possible as it was sure to be enveloped into the swarm of humanity pretty soon.

‘Looks like we need to order and pay first at this counter before going to the rank.’

‘You see, I was right, you do know what you’re doing.’

Well, I thought, the massive sign advising us to do exactly that kind of gave it away, but no matter.

I gave the details of the hotel I wanted to go to and, ten minutes later when Duncan had located his Lonely Planet, he did the same.

‘Kindly, which gentle person will get out first?’ asked the clerk.

Duncan and I exchanged glances.

‘I don’t mind getting out first,’ said Duncan.

Stepping outside the terminal building we were besieged by a mass of self-styled porters grabbing at our bags and offering to guide us to our car.

‘Oh, thanks mate! Debbie, give them yours as well.’

Jeez, had this guy never stepped outside of England?

After being forced to part with an overpriced tip (and genuinely taken aback by it), Duncan and I were whisked away. The route in was lovely but marred by continual stupid questions and banal conversation. God, why hadn’t I been concentrating enough to decline the shared journey?

One thing I’d already been struck by was the first people one usually meets upon arrival in any city in India (ie drivers of any description, porters etc) had a much more limited grasp of English in Calcutta than anywhere else I’d been.

This became evident when we reached the general area where Duncan expected to find his hotel. His approach to make himself understood was the failsafe method of using the same words but more loudly and slowly. The driver was totally nonplussed, to the extent that even when he circled the streets asking locals for clues their instructions only served to confuse him all the more. He had completely lost control.

After a good hour we finally found Duncan’s hotel.

Why the HELL would I want to do that before I’d even checked in to my own hotel whilst still be at the mercy of a driver who was begging not to have to set off again with another pesky foreigner?

We exchanged numbers with promises of exploring the city together starting with dinner later that night. His were genuine, mine were fibs.

The minute he’d disappeared up the stairs I did the only practical thing and sacked off the driver, having spotted on my map that there was a metro station at the end of the road. If I managed to navigate the Calcutta Underground well enough I could be within five short stops of a station that looked relatively close to my hotel.

Rush hour traumas aside, I succeeded in making it to my destination. It was a large station with numerous exits and, with no signposts for guidance, I took my chances and emerged upstairs out into the fading daylight.

I was immediately swallowed up into a seething crowd and carried along with them in a kind of ‘one way’ pedestrian traffic. Only about 400m from the hotel, I consulted my map and tried to look for landmarks around me to get my bearings.

I was at a major junction and the prospect of crossing any of the huge roads and trying my luck down them for 400m seemed a pointless exercise. It would soon be dark and I needed to get it right.

I was the only non-Indian around and I stuck out like a sore thumb, attracting gawps and stares from everyone. No-one I asked could speak English. No-one could come to grips with the concept of my map.

I decided to hail a cab, but for some reasons this was easier said than done. It was a weird experience to command so little attention from these guys; normally people bend over backwards to offer to help (even when they know they actually can’t) and bend other people over backwards to get a sale from a foreigner.

But each cab that slowed down sped off again as soon as they got close to me.

Eventually one came to a halt and I approached it hesitantly. I then noticed it had stopped only to let a group of drunken youths out of it. Spotting me, they burst into loud laughter, pointing and jeering.

One of them staggered towards me heavily and went in for the grope when within reach. He coupled that action (charmingly known as ‘Eve Teasing’ in India) with an aggressive lunge at my shoulder, presumably designed to knock me off balance.

However, I managed to block his push with an equally forceful elbow blow to the face, sending him reeling in the manner he must have hoped I would.

He was quite stunned (I actually thought I may have broken his nose) and the fascinated crowd around us gasped, edging closer to the show.

‘Yeah madame, I arsehole,’ he scoffed, pride dented, much like his nose.

‘No!’ I shouted, ‘Arseholes are useful – I have one of my own and I’m very happy with it.. YOU are just f*%king drunk idiot.’

The group wandered off into the melee and I received a ripple of applause pats on the back and one or two opportunistic wandering hands.

I had to get away from that place and took a chance on one of the roads.

400m later I was beyond relieved to discover it was the right road.

Luckily, it was luxury night (I afforded myself one a week). It had taken me four hours to do a journey that would ordinarily take 30 minutes, but the hotel was amazing and made it all worthwhile.

I ran myself a bath and emptied the not insubstantial contents of the mini-bar, arranging them carefully around the edge of the bath.

I sank into the steaming bath, where I devoured my starter, main and dessert.

The man who had caused my journey from the airport to the city centre to be longer than the flight itself.

I switched it off and resumed with the task at hand – consuming EVERYTHING from the mini-bar in one sitting. Biscuits, crisps, peanuts, beer, wine, rum, chocolate, coke and many an unrecognisable goody.

Ready to face the world. 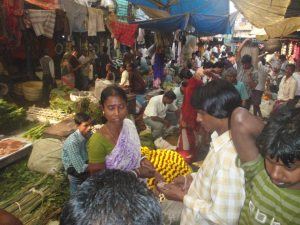 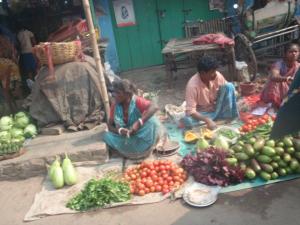 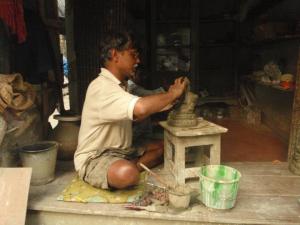