In case anyone is still in any doubt, I am a fully paid up member of the Long Distance Train Journeys fan club. I don’t just love them as a means of reaching somewhere but also for the experience itself.

Long before I’d even arrived in Kenya I’d checked out what trips I could embark upon while there. The historic rail network that had linked a small number of East African countries under colonial British supervision hadn’t left much of a legacy and few routes remained.

The Iron Snake and the Lunatic Express are names that are still used and the construction of their rail tracks are rich with stories, true ones at that, such as when a Man Eater (of the lion persuasion) climbed onto one of the carriages when the train was passing through the southern Tsavo National Park. Once on board he selected the tastiest looking passenger to unceremoniously drag off the train, never to be seen again.

During my time living in Nairobi there were regular terrorist bombs going off; only months before there had been the horrific Westgate shopping mall attack and since then public buses and busy markets where people were going about their daily business were the main targets.

Mombasa was no safer and at one point plane loads of tourists were being evacuated on a daily basis.

And so, declaring I’d booked myself on the overnight train from Nairobi to Mombasa was met with incredulous and derisory comments from my colleagues. My argument, however, was that I could fall victim to an attack any day of the week back home in London – be it from a deluded terrorist or a deluded downstairs neighbour.

One thing was sure; it was a good hundred years since the lion attack so that, at least, was an unlikely eventuality.

As a treat, I’d booked myself a first class cabin which came complete with a three course dinner that night plus breakfast and lunch the following day. As ever, I was over-excited when the day came.

The scheduled departure time was 19.00 and providing I didn’t receive notification of any delays earlier in the day, I was to turn up at the main Nairobi train station at 18.00 for check in.

The wait was interminable all that day as my heart sank with every ding on my phone, fully expecting a message informing me that the train had been cancelled. But by 17.00, with no such message, I skipped gleefully into my cab and headed off towards the station.

It was Friday night and over the past few months in Kenya, this meant it was Fright night, as in the most likely night for a bombing spree. Whatever it was that had kicked off on this particular evening resulted in total gridlock on the city’s roads. Not great at the best of times, the traffic was horrendous.

At 17.45 and with a mile left to go we were at a complete standstill.

It was dark, there was little in the way of street lights and the pavements were crawling with life which you could only make out if you right there in the middle of it all. Nairobi isn’t exactly the safest place even without the terrorists and walking along with a tide of people in pitch black wasn’t hugely appealing.

But, to stand any chance of making my beloved train, abandoning the taxi and riding the wave of the seething mass of pedestrians seemed to be my only option. I secured my backpack tightly and launched myself out into the crowds knowing that I had to move quickly, but without being entirely sure where I should be heading.

Not wishing to attract attention was a fairly pointless exercise and no amount of trying to blend in with the locals was going to be effective – not as a pale-skinned redhead looking as Irish as it’s possible to look.

But when I’m on a mission I’m a force to be reckoned with and I made it to the station only 15 minutes late. I bounded in in high spirits, but they were quickly lowered by the news that the train’s departure had been put back by a couple of hours.

I made my way into the station bar and prepared to settle in for a long wait. My experience of Kenya so far had been that whatever ETA you were given, it’s best to double it, multiply it by a number of your choice, add a day or two and then subtract the whole lot and start again. Nothing worked to a schedule.

The bar did at least keep us all plied with alcohol for the duration which, although some consolation, was also a double edged sword.

Among the waiting passengers was an Irish girl who I did my utmost to avoid. She’d had far too much of the flowing spirits and was regaling the locals with stories of how the bastard English had suppressed her and her ancestors for centuries and how that meant she and the Africans had much in common.

Now I might, in appearance, look like Mrs Irish McIrish from Irish Town in Irishland, and indeed in heritage I am, but I was born and bred in London. I’m a Plastic Paddy and my loyalties are divided.  The drunken loudmouth would have been horrified if she’d heard my accent after all the slagging she’d done of the English. It took all my strength to politely ignore her invitations to include me in the conversation as it would only have ended badly.

It was especially difficult to talk in hushed tones when I got into a conversation with the bartender who had enquired after my health. He’d got it into his head that I had either just discharged myself from hospital or was en route to checking myself in. He based this on the fact that I was out in public ‘dressed in my pyjamas and slippers’.

To avoid detection I put on my best pretend Irish accent and I pointed out that they were in fact very fashionable harem trousers and genuine Havaianas.

I’m not sure why I thought he would be impressed by this as, naturally, he wasn’t.

At the top of every hour, we were promised that the train would be arriving ‘within the hour’, but no-one knew which hour this would be. It was eventually 04.00 when it pulled in, another hour before we were allowed to board and 06.00 before the ‘overnight’ train finally pulled out of Nairobi station, a mere 12 hours late.

You could have heard a pin drop as everyone settled in to their respective couchettes, all anyone wanted to do was hit the sack and get some sleep.

At 06.15 a deafening bell sounded, followed by frantic knocks on all doors the length of the carriage. We all tentatively poked our heads out and were met by a burly man replete with a machine gun and bullet belt, the likes of which I’m used to seeing in war movies or on the news. Never had I seen one up close.

He positioned himself at the end of the aisle and proudly announced that dinner was served.

We unquestioningly made our way down to the dining carriage and took our seats. It was 07.00 and we were being served last night’s three course dinner of minestrone soup, lamb curry with rice and apple pie with custard.

We all declined the offer of beer and wine.

The Irish girl could barely contain her obvious contempt for the man who had innocently chosen to sit with her. He could not have been a more iconic English gent if he’d tried. Fabulously eccentric, he flounced in greeting everyone in the car wearing his silk pyjamas and fluffy slippers and struck up inappropriately familiar conversations with anyone who was prepared to listen.

Maybe he was the one fresh out of hospital …

By 07.30 I was tucked up back in bed and succumbing to the soporific rocking of the train.

At 07.45, not even an hour since we’d sat down for ‘dinner’, the bell and door knocking resumed, this time heralding breakfast.

Faced with the armed guard politely insisting we head back to the dining car immediately, there wasn’t a single one of us brave enough to decline.

Without doubt one of the most bizarre train journeys I’ve ever had. 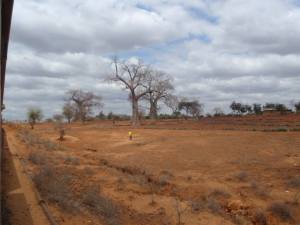 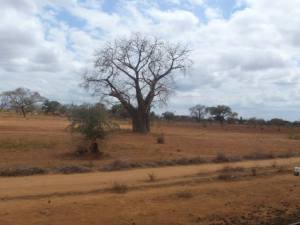 One thought on “The Lunatic Express”